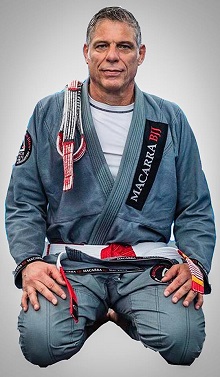 As one of only a handful of students (most commonly known as the “Famous Five”) to have been promoted to the rank of black-belt under the legendary Rolls Gracie prior to his untimely death, Marcio began studying Jiu Jitsu at the Gracie Academy in Copacabana, Rio de Janiero in 1975 at the urging of his childhood best friend Maurico Gomes.

Maurico (father of world champion Roger Gracie and another of Rolls’ “famous five”) had already begun training and would often come out victorious in the backyard play fights he would have with Marcio growing up. From the moment Marcio set foot in the academy at age 15 and met his life-long mentor and teacher Rolls Gracie, the energy and friendliness of the place was infectious. It was truly the golden age of the art; with the entire Gracie family and many of their top students all teaching and training under one roof.

Marcio soaked in his lessons from Helio, Rickson, Carlson, Carlos Jr. and many other members of the Gracie family alongside Rolls. To this day, he credits the entire Gracie family with helping his Jiu Jitsu grow and develop, however it was Rolls’ influence that truly shaped the teacher, fighter and the man that Marcio would become. Over the next 25 years, Marcio became an active and decorated teacher and competitor in Jiu Jitsu, judo and wresting—winning many titles and traveling as far as Israel to compete and share his knowledge. In 2007, Marcio (along with his son Neiman Gracie, also a world-class competitor and champion) decided to realize his dream of coming to the United States to start a new Jiu Jitsu family here in Connecticut. These days, Marcio can be found hard-at-work in his Norwalk academy sharing the art that changed his life with students of all ages. 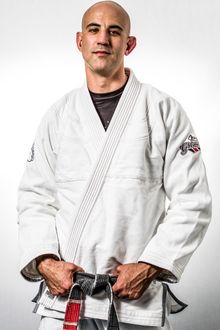 Who knew that tagging along to a friend’s Jiu Jitsu class on that faithful day back in 1998 would be the one singular event that would change my life so drastically? It all started innocently enough, I had watched a skinny Brazilian named Royce Gracie open a can of whoop ass in those early UFC’s, gotten choked a few times on my friend’s lawn post fight; and…

I really needed to get some exercise! A couple good friends (the same friends who choked me after the fights on the lawn) had signed up for MMA/BJJ classes here in CT and we’re already in love with Brazilian Jiu Jitsu, so I decided to give it a shot too.

Fast forward 14 years, thousands of hours of training, several trips around the world to Brazil, Vietnam, Peru etc. in the name of Jiu Jitsu and some of the best friends and best times of my life; and here I am.

As a less-than-athletic guy, not blessed with much natural talent or a particularly rich sports history; I am living proof that the Jiu Jitsu pioneered by the Gracie Family can work for anyone.

It really is an art that adapts to the practitioner. You can be weak, small, big, or tall, old or young. It simply doesn’t matter – the technique works for everyone.

While I’ve competed a bunch over the years winning some and losing some, I can honestly say that I care less about points and medals than I do about sharing the technique and the art of Jiu Jitsu as a way to promote self defense and a healthy lifestyle.

These days, you can find me hard-at-work at Soulcraft Brazilian Jiu Jitsu, sharing the art I love. Come on down and join us! 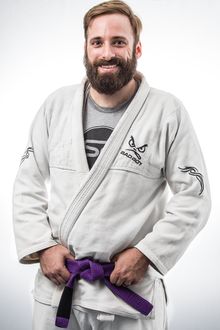 I started training Brazilian Jiu Jitsu under Brad Wolfson in 2006. In addition to fitness, and practical self-defense methods, Jiu Jitsu is a great way to develop self-confidence. To me, Jiu Jitsu is not about competition – it’s about mastery. When someone pushes, you pull; when they pull you push.

It’s not about conflict or violence; it’s about technique and leverage. Confidence comes from knowing what to do and when, and learning to approach challenges with the attitude that there is always a solution to any problem.

This is an attitude we try to foster with all our members, but it is especially important for our younger martial artists. Life is about cooperation and coexistence, it’s not a war. Through training and facing controlled challenges in the gym, students can come to the realization that they are competent individuals who can take care of themselves and others. As Jiu Jitsu does not incorporate strikes, you can learn to protect yourself and even protect your opponent from injury.

As a high school teacher and former Varsity wrestling coach, I understand that self-discipline, confidence, and responsibility are keys to success both on the mats and in life.

I am a life-long martial artist, who has studied many different disciplines including most recently, a focus on Brazilian Jiu Jitsu.

As the parent of a daughter in the Soulcraft kids program, I love being on the mat and helping to share jiu jitsu with not only my own daughter, but my extended Soulcraft family as well. 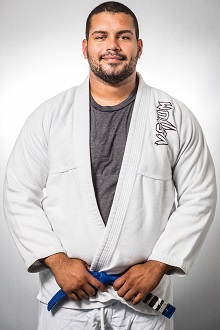 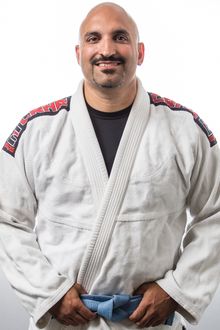 I wrestled in high school and college, coached at the high school level for 11 years, I have been training jujitsu for 5 years, and am currently a blue belt.

What I love most about Soulcraft is the positive and welcoming atmosphere and the culture of learning that Prof. Brad and all the other coaches embrace. It has become like a 2nd family to us! My personal philosophy about jiu jitsu and life is to get better every day! 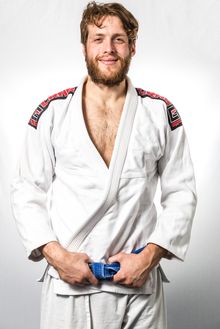