Soulcraft’s Muay Thai and Krav Maga programs are run by Apex Krav Maga's Britt Soden. Britt begain his martial arts training at the age of 9 with Tae Kwon Do and Karate and began training in MMA in his late teens. He has lived and studied the art of Muay Thai in Thailand and has been a dedicated Krav Maga practitioner since 2005. Britt also has extensive MMA and fitness coaching knowledge and continues to train in Krav Maga as well as Muay Thai. He is currently one of the highest ranking instructors in Connecticut. 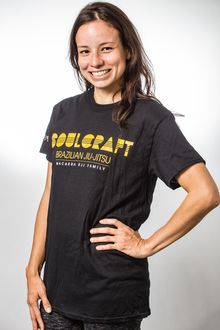